HOW TO CREATE “DOUBLE-DUTY” SENTENCES


A story is increasingly more interesting and enjoyable when the reader is able to visualize what a writer is communicating. Writers use metaphors and similes to make their writing more visual. A Double-Duty sentence does even more, acting like an analogy instead of a metaphor.
You may ask, “What is the difference between an analogy and a metaphor?” A clear description can be found in Bradford Stull’s The Elements of Figurative Language (Longman, 2001) in which he states, “In essence, the analogy does not claim total identification, which is the property of the metaphor. It claims a similarity of relationships.” With this definition in mind, let us look at an ideal example of a Double-Duty sentence.

G.K. Chesterton (1874-1936) was a prolific English writer who published works on philosophy, ontology, poetry, plays, journalism, public lectures and debates, literary and art criticism, biography, Christian apologetics and fiction, including detective stories. He is best known today for his creation of the great crime solver and Roman Catholic priest Father Brown, who stared in 52 short stories. Father Brown could not be more different than the sharp, quick-witted detectives of the Golden Age. He was a short, plump, round, umbrella-totting, insignificant looking man with plain features and clumsy manners. Yet, he was able to solve crimes using his keen common sense and understanding of human nature. Below is the first sentence from Chesterton’s Father Brown story titled, The Doom of the Darnaways:

Two landscape-painters stood looking at one landscape, which was also a sea-scape, and both were curiously impressed by it, though their impressions were not exactly the same.

This is a Double-Duty sentence because it manifests the truth that each and every person sees the world differently, even when standing side-by-side another person, looking at the same thing. The meaning of this sentence raises it far above a mere description of the first scene of the story and places it on the pedestal that holds the truths of life.
Give your stories greater depth and richer meaning by incorporating a Double-Duty sentence. Don’t overdo it—one per story is enough. You’ll find that readers will take notice and clamor for more.
For further information on G. K. Chesterton and his remarkable life, refer to: http://www.chesterton.org/

Popular posts from this blog

3 REASONS TO USE SLANT RHYME IN YOUR POETRY 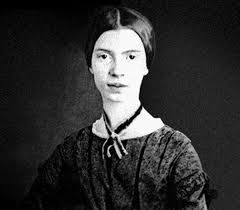 Slant rhyme or half rhyme, sometimes called near rhyme or imperfect rhyme are words that come close to rhyming, but they really don’t rhyme. (Said / regret, or find / friend.)             Emily Dickinson is best known for her use of slant rhyme. They are a common characteristic of her poetry as is her unconventional punctuation.              I will admit, my original thoughts about slant rhyme were confining. I was under the impression that Dickinson (and others) used slant rhyming merely to increase the possibilities of word choice. This, in turn, would allow the poet greater flexibility and increase his/her ability to convey meaning.             In searching the internet for thoughts on the advantages of slant rhyme usage I came across a site, www.Chegg.com. In their definition of slant rhyme the author states, “Many poets use slant rhyme to introduce an element of the unexpected and prompt their readers to pay closer attention to words themselves rather than the sounds of the words.…
Read more

(Back in 2011 I introduced my 6-Step formula for writing a short short. I thought it would be a good idea to resurrect the formula for those who may have missed it. This formula also works for writing other formats of a story such as short stories and even the novella.)

A short short is a short story that usually contains between 1200 - 1500 words. Experienced writers can spit 1500 before breakfast. It's as easy for them as swiping a credit card.
However, an experienced writer also knows that writing the short short can be more difficult than writing a full length novel. The brevity of the story constricts the wordsmith, depriving him of developing character, plot and setting, all of which he can develop fully in a short story, a novella or a full-length novel. Every line and paragraph of the short short must be significant to carry the story forward with rapidity and terseness.
Like a prize fighter, the author of the short short attempts to score points with …
Read more

DO YOU KNOW THE “BIG FOUR” FEMALE DETECTIVE WRITERS FROM THE “GOLDEN AGE”?

If you’re a writer of detective fiction or someone who loves a good detective mystery, then you’ll want to learn all you can about the “Big Four” female detective writers from the 20s and 30s. Their combined work has sold in the billions. Okay, let’s take the leader out of the picture since her work has sold over 4 billion copies. That still leaves millions of books sold, which means there are millions of fans, which means millions of buyers. That ain’t chump change.
1)Number one on the list is Agatha Christie (1890 – 1976). Creator of two of the best-loved detectives, Hercule Poirot and Jane Marple. She wrote the best-selling mystery of all time and one of the best-selling books of all time, And Then There Were None, selling over 100 million copies.

2)Dorothy L. Sayers (1893 – 1957). Creator of one of the great detectives of the “Golden Age,” Lord Peter Wimsey—sophisticated, witty and with a high social standing. Sayers was also a translator, translating Dante’s Divine Comedy,…
Read more